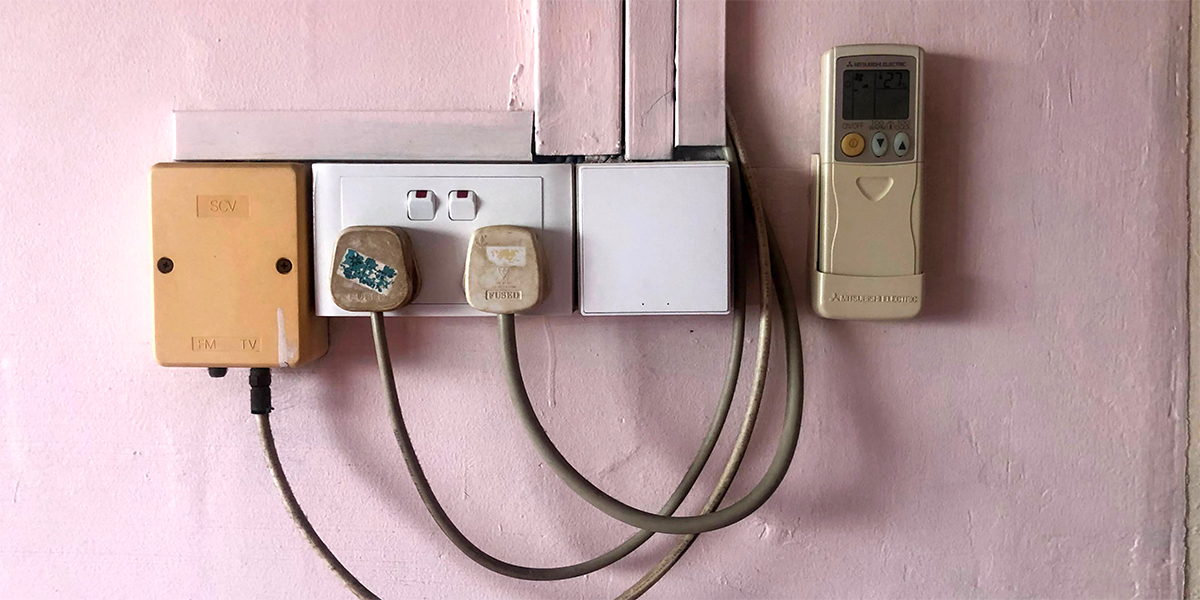 This isn’t a very extensive nor complete smart home setup, but what we like about this project is that our smart technologies were easily and cleanly implemented into an old HDB home. Our client has lived in this relatively large HDB flat for over 40 years, and we were pleasantly surprised that he was very keen to adopt smart technologies into his home.

Our client is an Android user, and doesn’t have a lot of smart technology in his home. However, he has an old-school DIY spirit and love of new challenges, and before long, he was very intrigued by the possibilities of integrating smart technology into his home as a new home improvement project.

Once we explained how smart switches work, and how we could integrate his home lighting into his smart home system, he brightened up immediately.

“I love to read at night, and I have to get up to turn the lights off before turning in for the night,” he explained in Chinese. “With this system, I can turn it off from bed!”

We replaced a few of our client’s switches with the Aqara D1 Wall Switch, which gave him smart control of his lighting. Why only a few? Our client opted for our Smart Home Starter Pack (edit: no longer available) which only includes 5 switches.

To him, the most important switch to change was in his bedroom, so that he could turn his lights off from bed.

As our client speaks predominantly in Mandarin, the typical voice assistants (Siri, Google, Alexa) weren’t available to him, so he still needed his phone to turn the lights off. However, he usually leaves his phone farther away on another tabletop when turning in. To solve this problem, we set up an Aqara Wireless Mini Switch for him to put at his bedside, so he’ll always have constant control of his lighting, even without his phone (or even without Internet!).

We also set up an Aqara M2 Hub in his bedroom, which gives him smart control over both his Mitsubishi air-conditioner and KDK fan! Now, the Aqara wireless mini switch is able to control three devices!

In addition, our client wanted an Aqara G2H Camera Hub to monitor some areas of his home. This worked out well, as he was able to connect the farther smart switches to the Aqara G2H camera hub. Motion sensors were also added, on his request, to automate some of his lights.

While the HDB flat is old, this home has been lovingly maintained (we like the pink walls), and now fit out with smart technologies. Our client, despite not being well-versed in technology, was quick to grasp the immediate benefits that a smart home would provide, and understood our smart home philosophy that smart control isn’t just about using your phone – it’s about creating and using automations, and having better and more natural ways of interacting with the devices in your home.