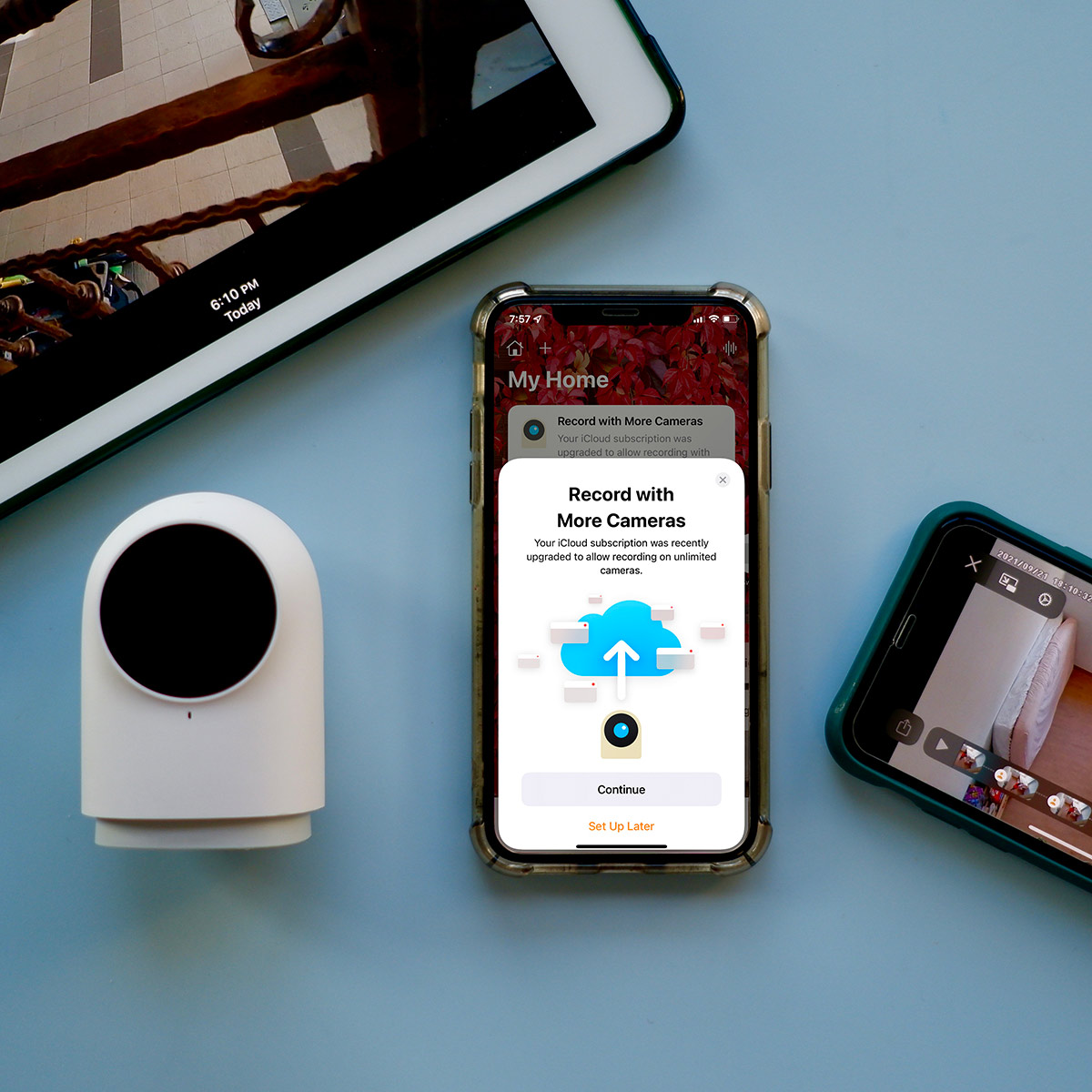 Great news! Apple has released iOS 15, and one of the changes we’ve been anticipating the most is the increase in the number of cameras supported for recording to iCloud!

First things first – did you know that Apple Home has native support for home monitoring cameras?

Connect more security cameras than ever to record, analyse and view your footage in the Home app. iCloud will store your recordings in an end-to-end encrypted format automatically, so that only you and people you choose can view it. None of the video footage counts against your iCloud storage — it’s part of your subscription.

Apple HomeKit Secure Video (commonly abbreviated to HKSV) is a secure protocol for streaming and recording cameras to your Apple Home app, through iCloud servers. To be able to use HKSV, you’ll need a compatible camera, such as our excellent Aqara G2H Camera Hub.

One of the perks of HKSV is the possibility of recording footage directly to the cloud – no need for SD cards. Why is this important? Basically, if your home security camera is using an SD card to record, and this camera gets stolen (together with the SD card), you’ll lose the footage of the thief as well. With cloud recording, you’ll still be able to retrieve your recordings!

To be able to record your video footage to the cloud, you’ll need an Apple iCloud storage plan. iCloud is a subscription service that gives you storage space for your photos, files and other stuff. In addition, it gives you iCloud storage for HKSV cameras.

With iOS 15, Apple has really increased the number of cameras supported!