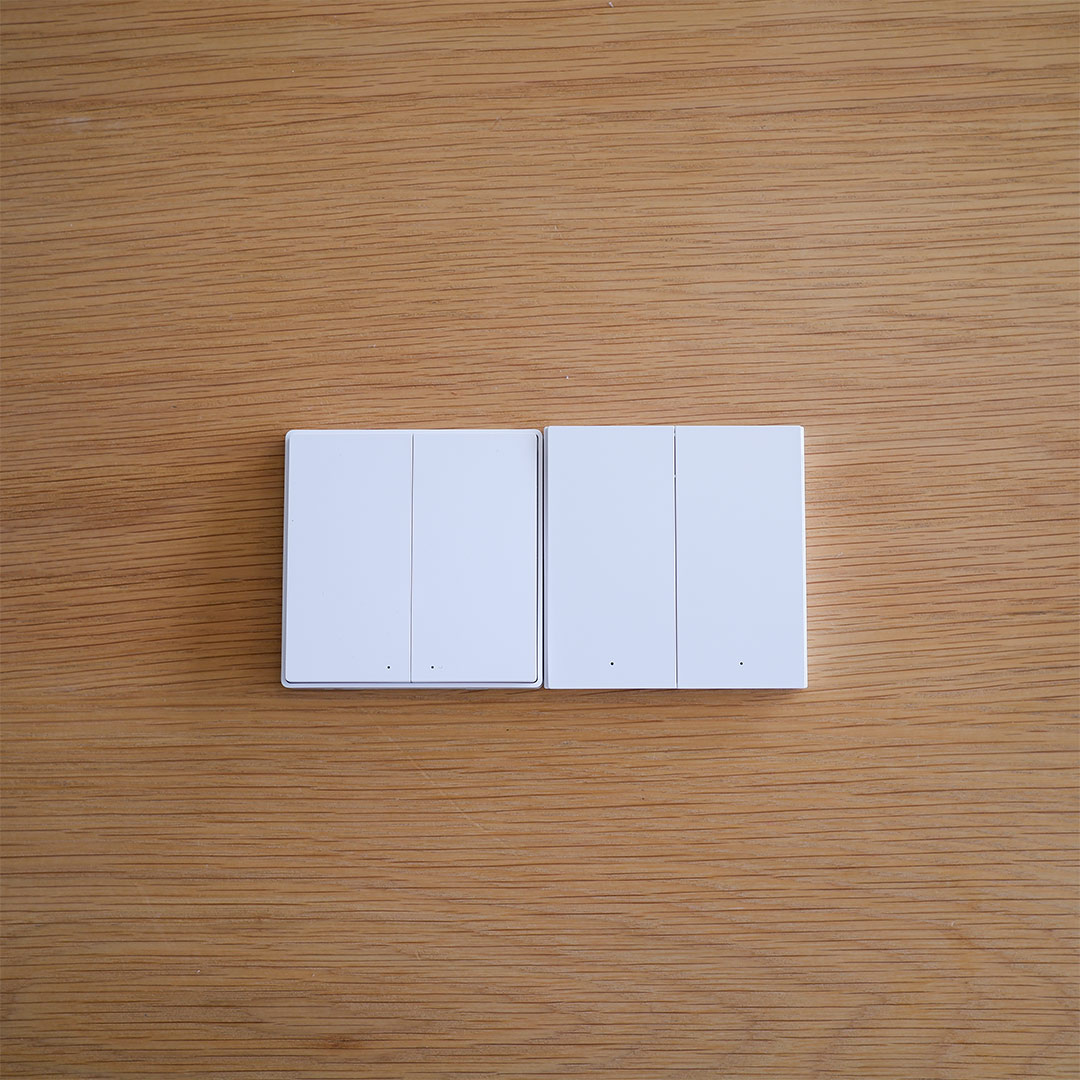 Update 10/11/2022: The long-awaited Aqara H1 3-gang switches are finally available, in both neutral and no-neutral versions!

With two different switch models in hand, a common question we’ve been getting from clients is – what’s the difference? Which should I choose? We’ll try to explain the differences between the two switches here!

The two Aqara wall switches we’re carrying is the Aqara D1, and the Aqara H1. 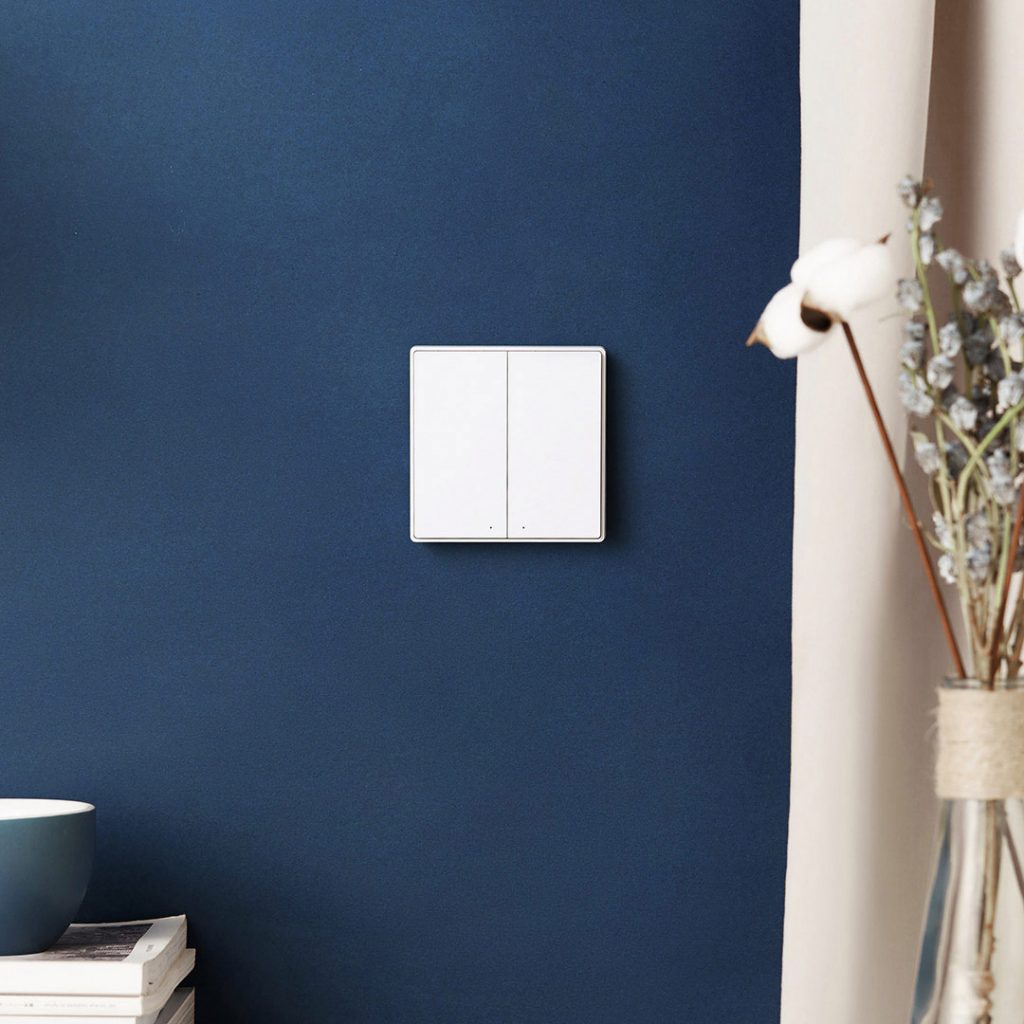 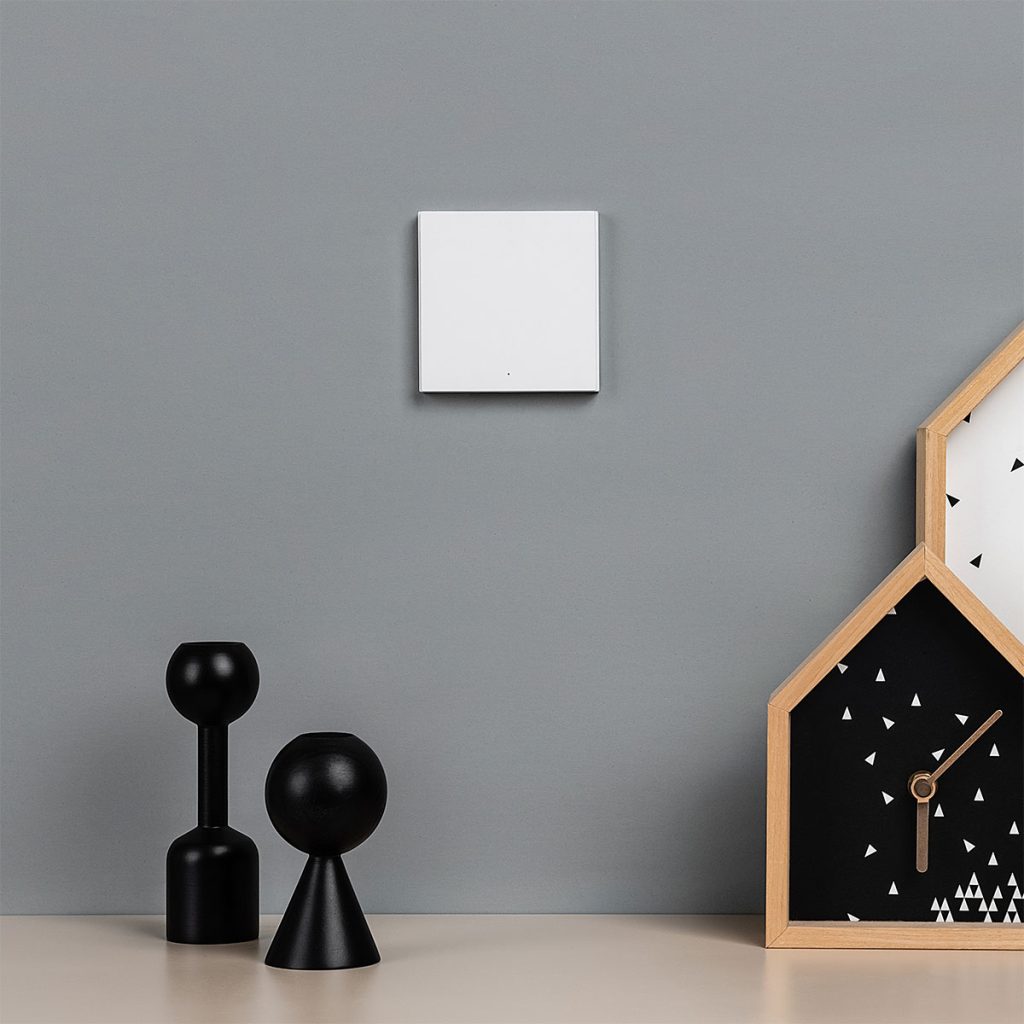 The workhorse of the Aqara family of smart devices, the Aqara D1 has been used in millions of homes worldwide over so many years. It’s Aqara’s most established switch model.

The newest addition to the Aqara switch lineup, the Aqara H1 is, in some ways, new-and-improved. It’s also, in many ways, functionally similar to the Aqara D1. The Aqara H1 was designed with a more premium build quality, and was made for the European market.

As usual, it’s easier to start with the similarities. Both products are functionally the same – functionally meaning that they are both smart switches meant to replace your traditional switches to give wireless and remote connectivity to your lights. They both have a variety of options for gangs and neutral/no-neutral inputs (some differences which we’ll get to soon). They both feature a large surface area dedicated to the rocker – and both have small LEDs to indicate the switches’ statuses.

This used to be a major difference – in the past, the Aqara H1 switch wasn’t available in a 3-gang version. This has changed, and now both switches offer 1-, 2-, and 3-gang models, in both neutral and no-neutral versions.

Here, we’ll let the photos do the talking. Do note that for simplicity’s sake, we’re comparing a 2-gang H1 with a 2-gang D1.

D1 on the left have a “frame” or “rim” that’s on the perimeter of the switch; H1’s switch rockers extend right to the edges. The position of the LEDs is also different.

D1 on the left has a thicker base at the bottom. It tapers towards the top, which is thinner than the H1 on the right.

Side profiles with the relay modules (or “backsides”) of both switches – D1 on the left again. The backside is significantly bigger. Also here you can see how the D1 tapers from large at bottom (left) to thin at the top, while the H1 is the same thickness throughout.

H1 on top, D1 at the bottom. Another view to see the difference in the switches’ side profile, this time without the ‘backside’.

What this means is that if you mix H1s and D1s, they might not look completely contiguous with each other.

The Aqara H1 has a metal frame, as can be seen in the photo below (right). This metal frame is where the screw holes are – the layer between the ‘backside’ and the ‘frontside’. This metal frame acts as a very rigid plate for the switch to rest on – ensuring that the body of the switch doesn’t distort from overtightening screws.

The D1, on the other hand, is all-plastic construction. There has been cases where an over-tightened screw or an uneven wall has led to a D1 switch that doesn’t feel very good when pressed, but these problems can also usually be fixed simply with a few adjustments.

When it comes to placement of LED lights, the switches are pretty different too!

The Aqara D1 in 1-gang version has two LEDs.

The Aqara H1 in 1-gang version has just one LED.

The Aqara D1 in 2-gang version has two LEDs, one on each gang, aligned closer to the middle. It’s actually the same LED positions as the 1-gang.

The Aqara H1 in 2-gang version has two LEDs, with each LED centralized in the middle of each rocker.

There is a big difference in how each switch feels when pressed. This is something that can only be truly felt, but we’ve found a pretty good way of explaining the difference. First of all, let’s revisit the photo of both switches near the bottom.

You’ll notice the the rocker on the D1 actually sticks out from the frame, while the H1 is ‘floating’. The difference in the way the rocker moves when you press is like this:

Aqara D1: the entire rocker gets pressed down, with a pivot at the middle near the top. The rocker at the bottom enters to the level of the frame. There’s a spring that pushes the switch back into the default position when you let go.

Aqara H1: There’s no real spring and it’s not truly a rocker. Instead, pressing the switch feels exactly like clicking a mouse. There’s a little mouse-click feedback.

Based on this, the D1 is more reminiscent of a real traditional switch, while the H1 seems more futuristic. Both give you tactile feedback.

Sometimes, a wireless version of a smart switch will be useful where clients may want to add switches in places where there wasn’t a switch before. For example, clients have placed a wireless smart switch at their bedside wall, to achieve wireless 2-way control of your bedroom lights.

Both the Aqara D1 and Aqara H2 has their own versions of wireless remote switches. 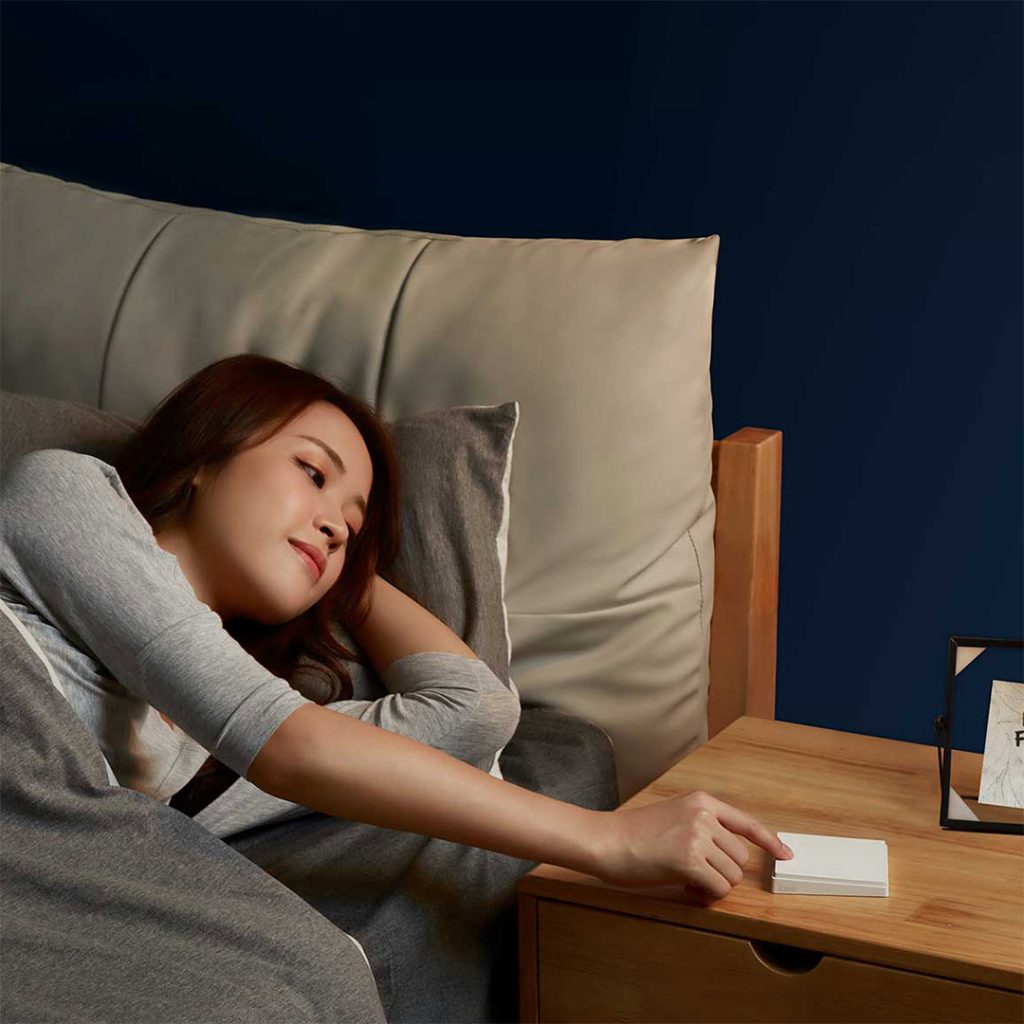 The wireless version of the Aqara D1 switch – can be configured to wirelessly control your wired wall switches, or even trigger scenesScenes are a pre-configured control of multiple smart devices. For example, a “Movie Time” scene could turn the pendant light off, and turn your cove lights and AC on. with just one press. 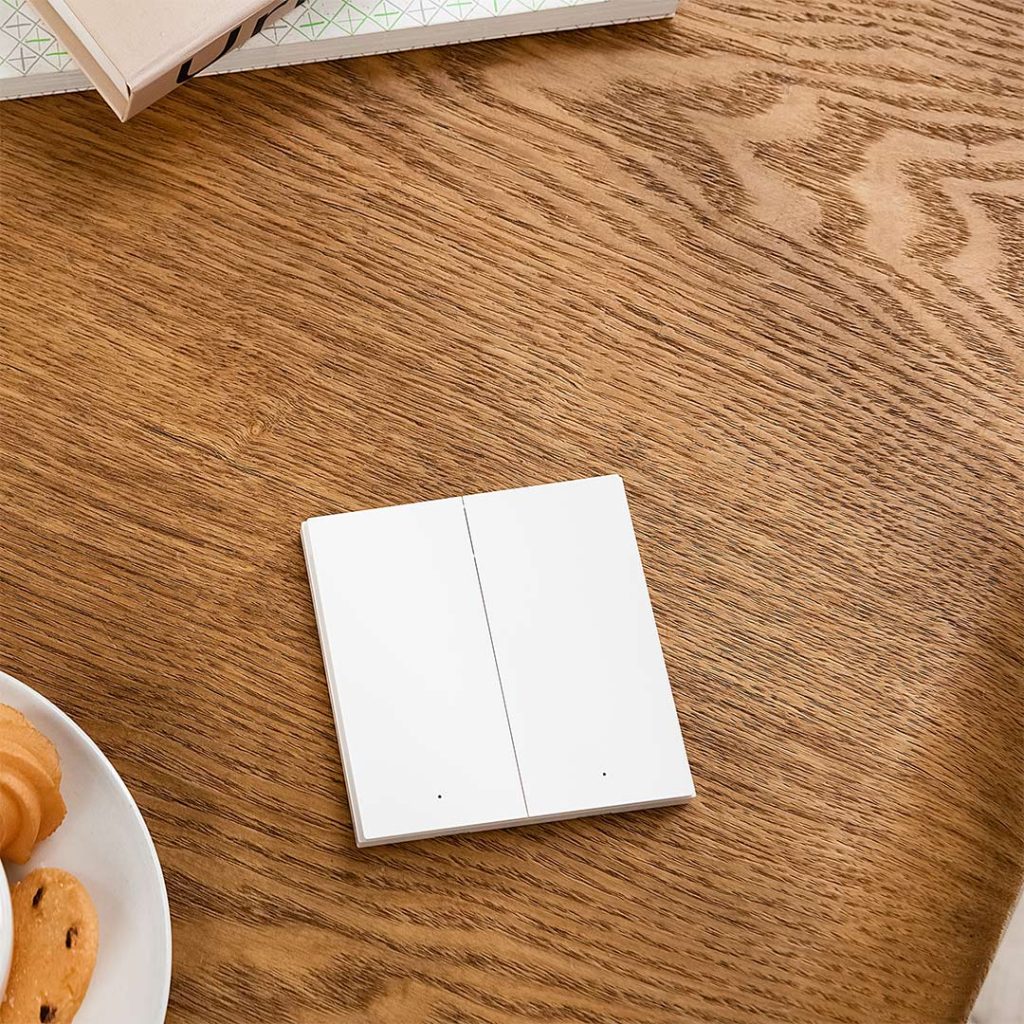 The wireless version of the Aqara H1 switch with the same premium build – can be configured to wirelessly control your smart wired switches, or trigger scenesScenes are a pre-configured control of multiple smart devices. For example, a “Movie Time” scene could turn the pendant light off, and turn your cove lights and AC on..

Although both the D1 and H1 come in white, the D1 has extra faceplates you can purchase to change the colours. This means the D1 has an additional choice of three colours – grey, champagne, and black – which are available as optional, additional purchases. 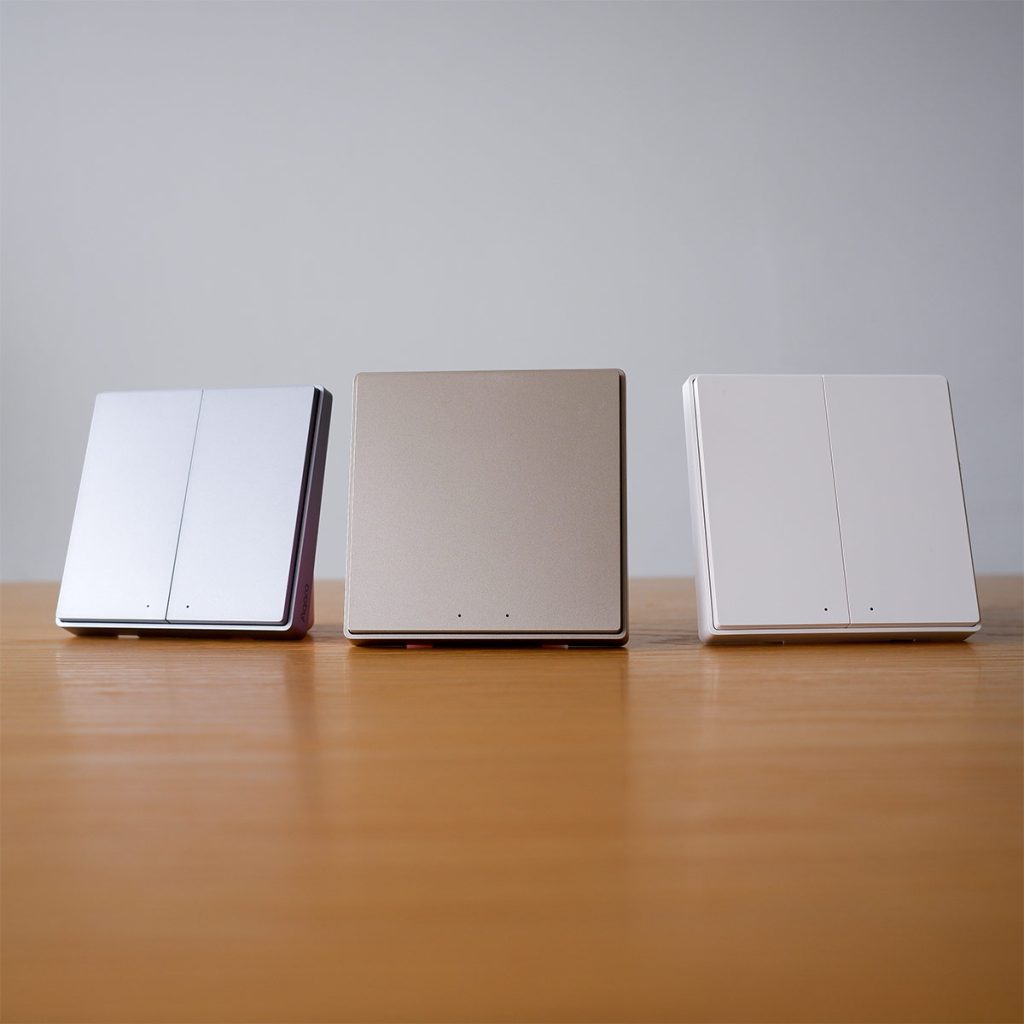 Change the colour and appearance of your Aqara D1 Smart Switch with this removable faceplate.

The Aqara D1 supports Zigbee 1.2, while the Aqara H1 supports Zigbee 3.0, which is newer. Functionally, we haven’t seen any differences in real world speeds, response times, and lag times. However, there might be a difference in forwards compatibility with future technologies, but we wouldn’t worry too much about it.

Lastly, there’s a difference in price!

Yes! They’ll all work as part of the same smart home.

Which switch is more popular?

It used to be the Aqara D1, but with the release of the H1 3-gang switch, we’re seeing a lot more traction on the H1 series. We’ve also been asking our clients which switch rocker mechanism they prefer after pressing both – the response has been almost straight down the middle, with a slight edge to the H1’s mouse click.