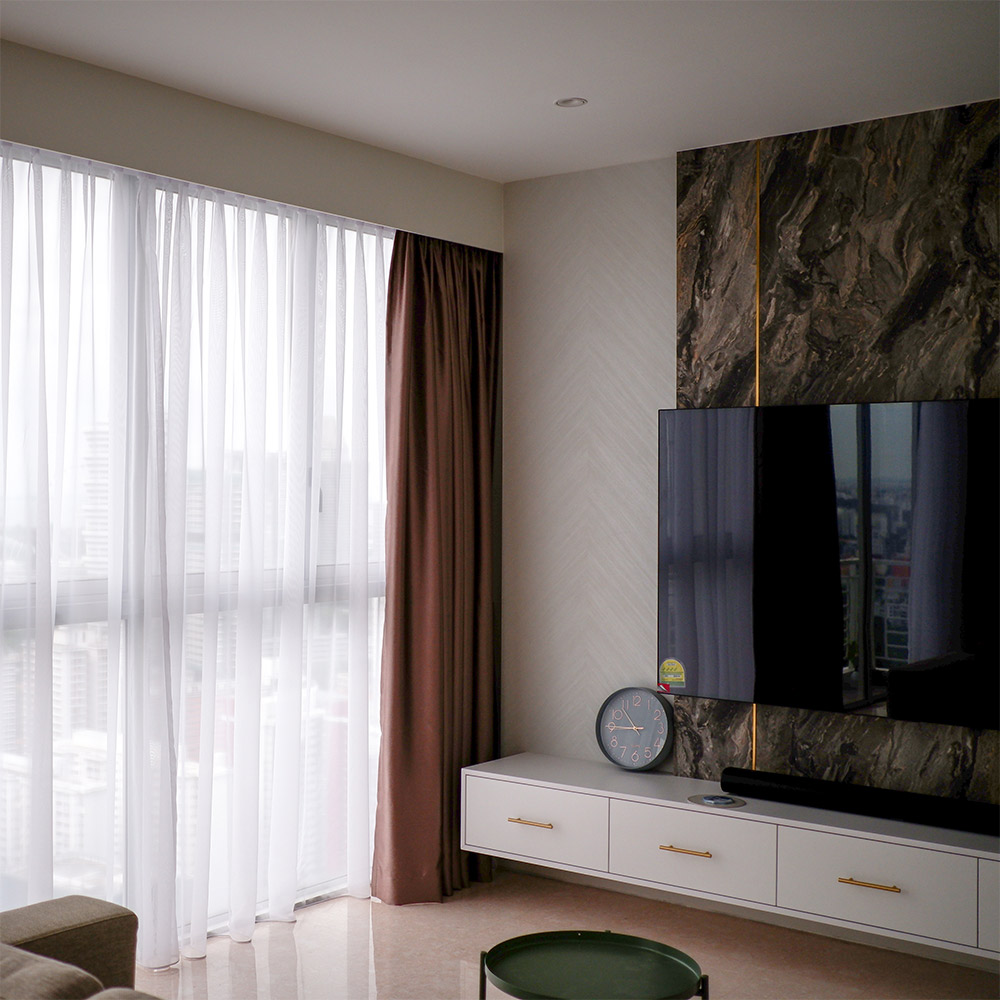 The Homesmart.sg Smart Curtains remain one of our most popular smart products, and we find that smart curtains do add a lot of convenience and practicality to any smart home. Drawing curtains is an unavoidable chore – most times, you’d open curtains in the morning, and close them at night. Putting this on a motorized automation is an easy, natural way to use technology to improve your home living.

Some of our favourite ways to utilizing smart curtain systems:

Smart Curtains In This Project

In this project at Citylights, Our client had a long wall that spans 7m, with unequal window lengths of 3.6 and 3.4m, respectively. Our client and his interior designer wanted to put two separate curtains and motors – one centre-open, and one lateral open.

His living room smart curtain system thus consists of two separate tracks for the night curtains, and both motors in the middle of the room. The day curtains were left non-motorized.

Besides this, our client could also control his curtains using voice, scenes, smart phones, tablets, and other switches.

The Homesmart Smart Curtain system consists of two parts – a motorized track, and an Aqara curtain motor that’s fixed on to the track. We tell clients that the smart curtain system requires a bit more involvement, compared to smart devices like switches (which can be 100% DIY). This is due to the variable nature of windows and walls in homes – every curtain track has to be fabricated to exact specifications to meet the needs of each homeowner. 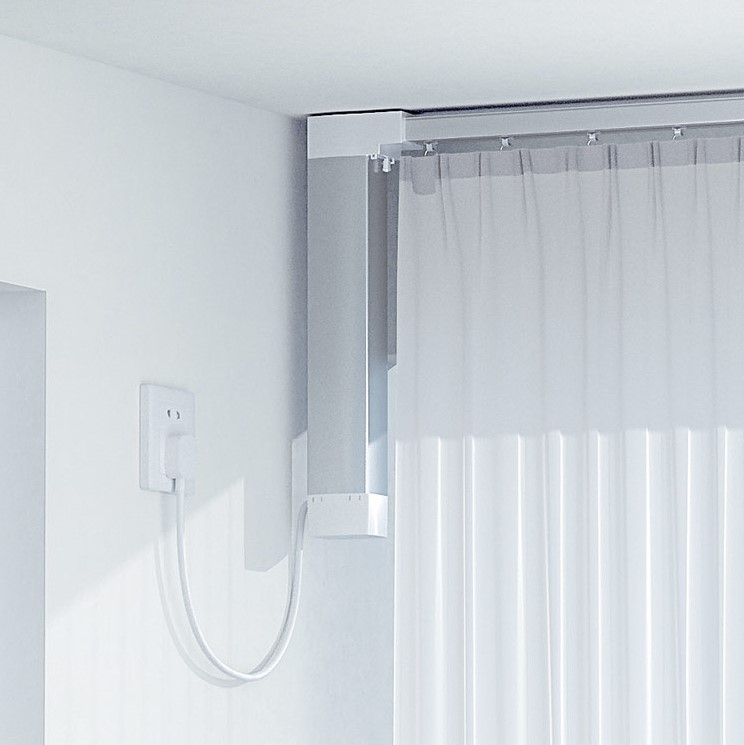 Smart motor and motorized track to give your curtain smart controls and automations.

With curtain motors gaining prominence, there are many options for homeowners to choose from. Here’s what makes our solution different:

At Homesmart, we’re experts in whole-home smart living. We’re so committed to quality that we fabricate tracks inhouse, in our factory in Jurong, to ensure maximum quality and reliability. If you’re looking for a versatile system for your curtains, you can get in touch with us by WhatsApp or by email.