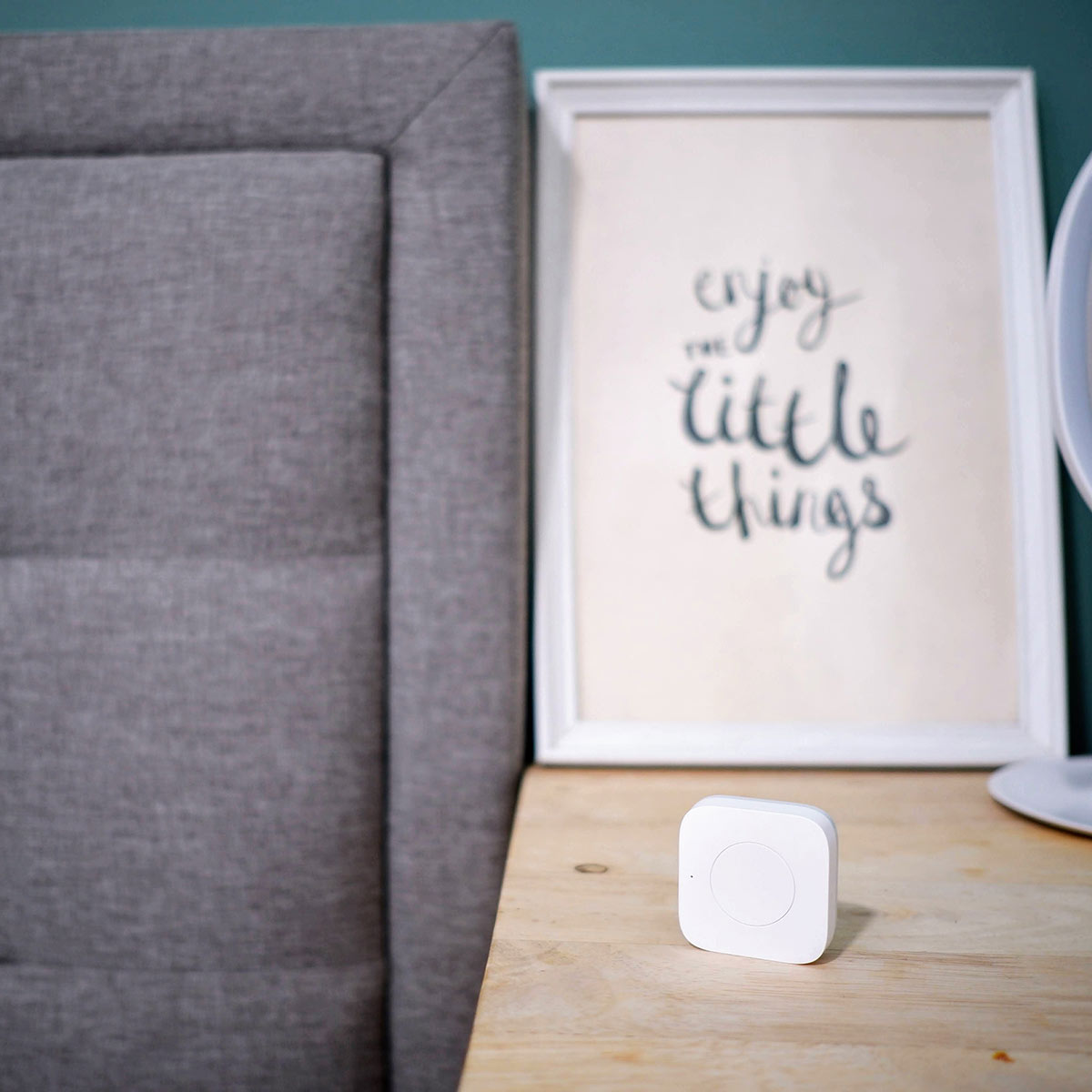 The Aqara Wireless Mini Switch is one of our favourite gadgets. It’s small, cute, and so versatile. There’s so much you can do with it, and it’s nice to look at, hold in your hand, and press. It looks great on a table, stuck on a wall, or simply chucked amongst your magazines on a coffee table.

It’s a little unassuming, and as a product that’s more or less plain white, its simple looks can be deceiving.

What can an Aqara Mini Switch do?

Here’s the secret – we like it because it can do a whole bunch of things in a neat little package. Basically, with just a few taps on your phone using the Apple Home or Aqara Home apps, you’ll be able to specify exactly what you want it to do. Here are some examples.

Turn a light on and off

One of the simplest and most useful ways to use this button. Simply assign it to a smart light or switch, and have it control the light when pressed. This gives you effective two-way controls. Let’s assume you didn’t spare the expense of running two-way wires and switches during renovations, and you’re now without wired two-way switches by your bedside. You only have a single wall switch for your bedroom lights. Now, turning off the lights means a walk to the switch near the door.

Instead of bringing a two-way wire to your bedside (which is a lot of work and money), you can just use smart light switches and this mini switch. Simply have a smart switch installed over your original switch for your bedroom lights, and assign the mini switch to toggle this smart switch on and off. Presto! You’ll have a wireless two-way switch you can leave on your bedside, or stick to the wall (with the provided mounting tape)!

In fact, the cover photo is exactly set up for this purpose. Our clients didn’t have two-way switches, and used this mini switch to control their lights from bed.

Some clients have said: but you can now control it through your phone, you don’t need a separate button! While that’s true, the simplicity of pressing a button that’s already there is pretty hard to beat. And with the switch being as reasonably priced as it is, it’s quite an attractive option.

To run a scene, you have a few options. You can run your Aqara, Google, or Apple Home apps, and press the scene / routine (the Google name for scene) manually.

Or, you could issue a voice command to Google, Siri, or Alexa to run the scene, just by saying the scene / routine name.

Another way to trigger a scene would be to assign the scene to this Wireless Mini Switch, so that pressing the button can control a whole bunch of smart devices!

Be a doorbell button

In this scenario, you’ll need to stick this button outside your door. You can then configure the button in the Aqara app to act as a doorbell – essentially, you’ll trigger a doorbell chime sound from an Aqara M2 Hub in your home. Multiple hubs? You can make all of them chime – so you’ll never miss it. You can even have your smart system send your phone a notification when the button is pressed, so you’ll get a pop-up message “Somebody pressed your doorbell”, even when you’re not home!

There’s also a way to add more flexibility into your configurations, if you want it. You can configure the doorbell chime to be disabled between 12mn to 7am, for example. Independently, you can also set time periods in which your phone notifications are active.

Arm or disarm your security system

Did you know that the Aqara M2 Hub shows up as a “Security system” in Apple Home? It’s a perfectly competent security solution that can be setup with the use of sensors, cameras, and lights. There’s some explaining to do for people unfamiliar with how this can be setup, so this will be reserved for another post for another day. For the wireless mini switch, basically it can be used to arm or disarm your security system! In the meantime, if you’re curious to know more, WhatsApp us!

With the Aqara M2 Hub, you can achieve smart air-con control even of your existing AC units. Once the AC is smart, you can configure your wireless mini switch to control it! Of course, you won’t be able to finetune specific temperature controls – the mini button is just a single button after all – but you’ll be able to turn it on or off, or set it to a specific temperature or mode you regularly use.

That’s a lot of brilliant things a simple switch can do! But as a single button, does that mean you’ll need a separate switch for everything you want to set?

Essentially, the answer is yes. However, this device has another two tricks up its sleeve – a double press, and a long press.

This means you’ll be able to assign three tasks (!) to one button.

How to make this work

To use the Aqara Wireless Mini button, you’ll need 3 things.

The Mini Switch connects to the hub by Zigbee, so it’ll need to be within wireless range to work.

Right here in our shop!

If you’re looking for more ideas, here are some bundles that include the mini switch. 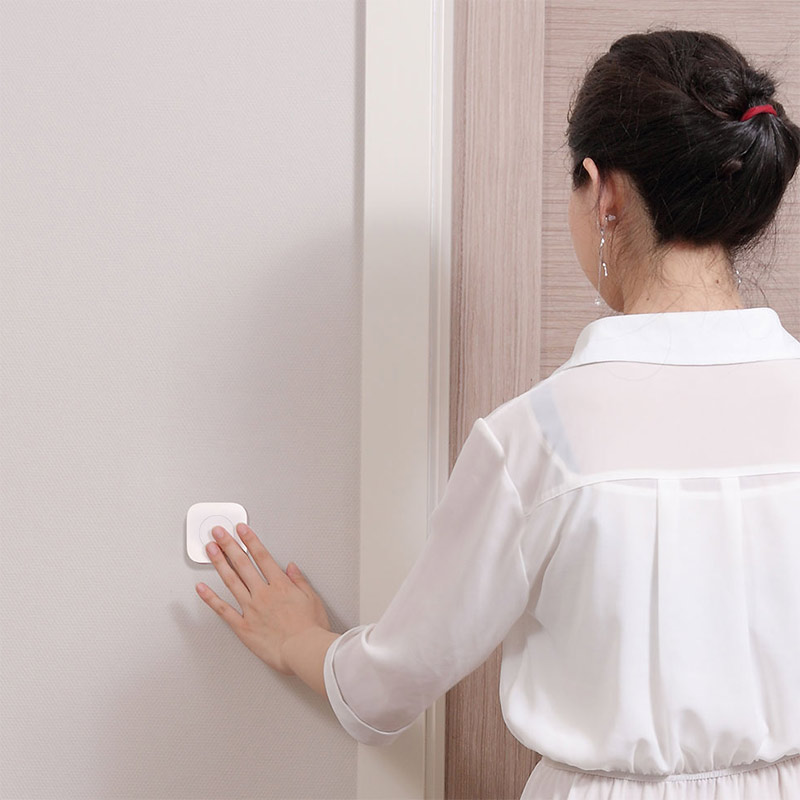 Two functions in one easy package! This bundle gives you smart air-con control, and a smart doorbell button + chime. Receive notifications when someone presses your doorbell, even if you’re not home. 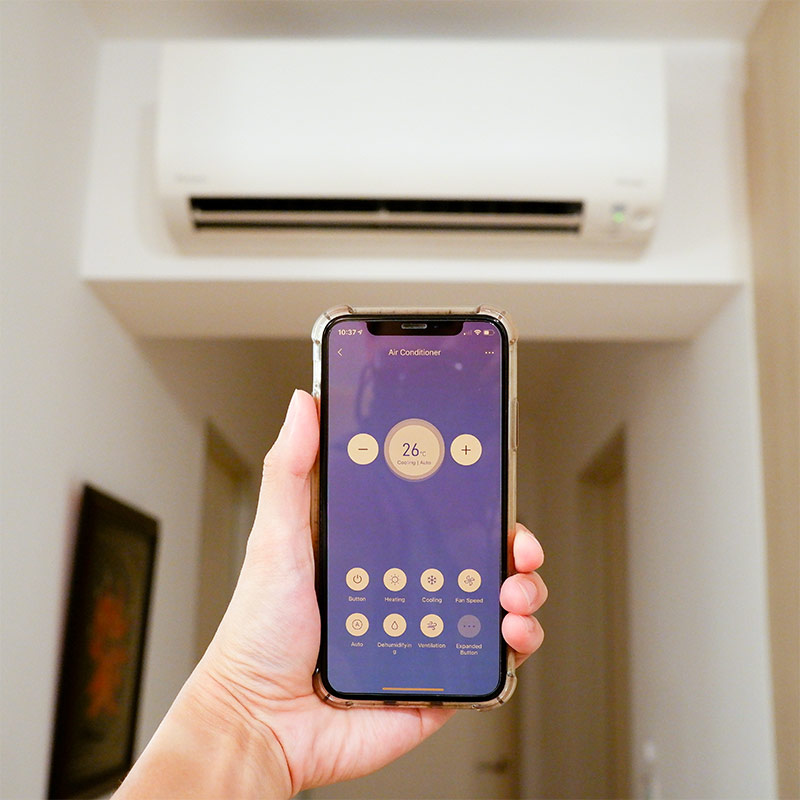 The Aqara M2 Hub gives you smart control over your air-conditioner – and it works with any air-con with a remote. Gain smarter ways of turning your AC on and off, and setting desired temperature and fan settings. 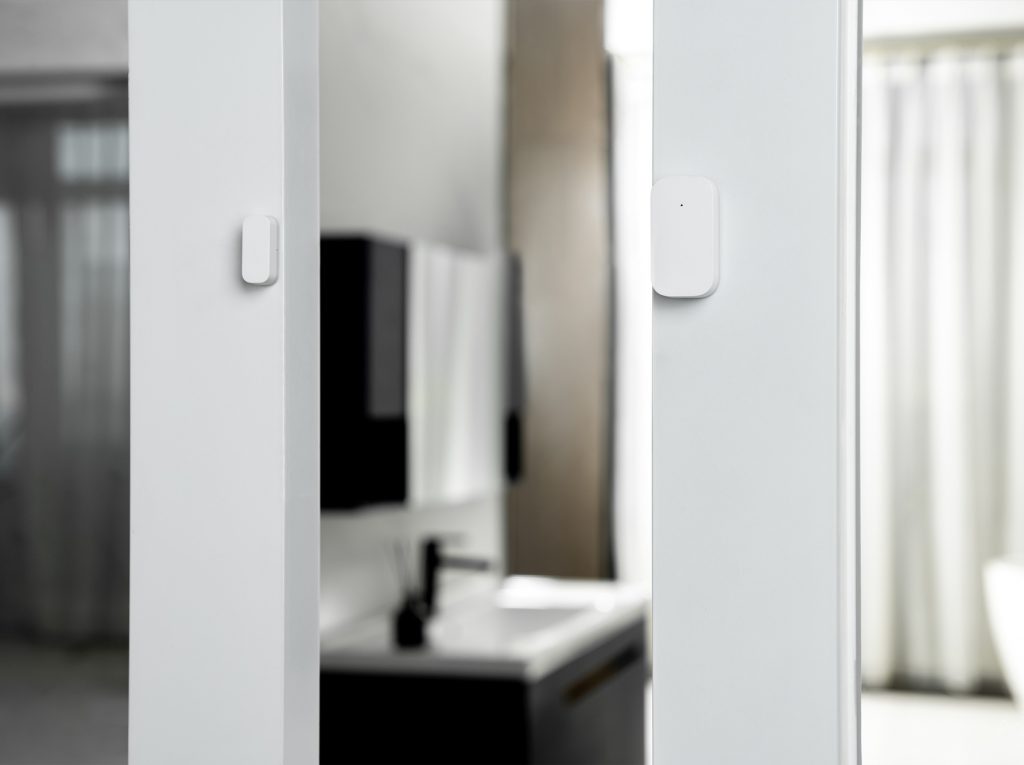 Secure your home and gain real-time information about your home security, whether you’re home or away. Arm your security system when you’re out, and deter crimes with alarms and notifications.

For more information, get in touch with us!